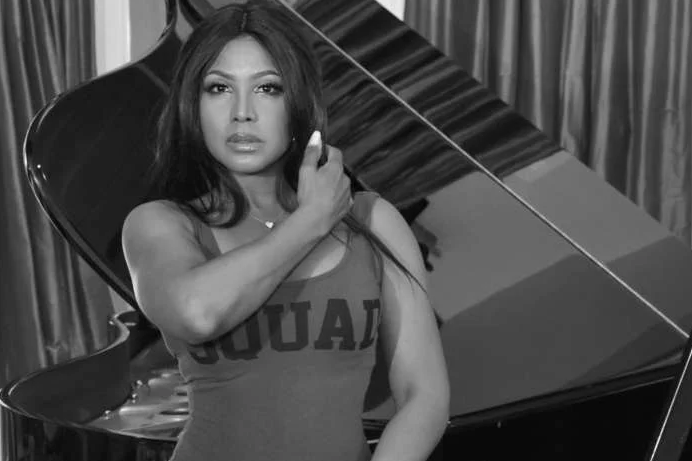 Toni Braxton’s new album, Sex & Cigarettes, is out now and…we have to take some time to process what we just heard.   We have a lot of confused emotions about this new set, centering mostly around the fact that there is just a lot of “okay” in it.  When an artist limits themselves to eight tracks, there cannot be any filler; everything has to hit and resonate hard; this doesn’t do that.  Tracks like FOH, My Heart, and Coping caught our attention because the lyrics were really good and Braxton sings well, but something was missing from them all that just made them feel a little flat execution-wise.

Still, besides Deadwood and Long As I Live, there are a couple of other standouts and our favorite among them is Sorry.  The thing we love about it is that it seems to sample the excellent I Can’t Go For That by Hall & Oates (or Sunrise by Simply Red if you prefer) and slows down the bassline for a track that has a much more sensual and dark feel.  The hints of a brighter melody come across well and keep this from being a complete downer of a track (which is good, in context, because the album is fairly down-tempo).  The addition of the saxophone over the final chorus repetitions is a good touch and adds an additional layer of brass that only helps to aid the vocals overall.

The track, about being regretful about even entering a relationship with an ex-lover because how bad they ended up screwing you over, works entirely due to Braxton’s vocals.  She starts out with her normal, alto register and smoothness but, before long, she brings in those gruff adlibs and hints of falsetto for emphasis and it makes the song.  Usually, adding that many grunts in rapid succession can make the song come off as try-hard, but it really does come across and emphasis and emotional resonance.

The lyrics are pretty good as well.  While they may not be anything you haven’t heard before and there are a couple of predictable cliches, but it does tell a story.  You get the feeling for the kind of man that Braxton thought he was–including that she may have had a hint that he was bad news all along–and where things went off the rails.  It’s the kind of torch song that works because its relatable and had those good imagery moments without being too specific, letting it apply to a variety of situations.

As for the album itself, the most we can say is that we don’t regret listening to it but we probably wouldn’t seek it out again.  This is likely a win for die-hard fans of the singer who have grown with her and love nothing more than her voice over some music, but it’s going to leave a lot of people cold.  Our suggestion is to stream it and pick your favorites.