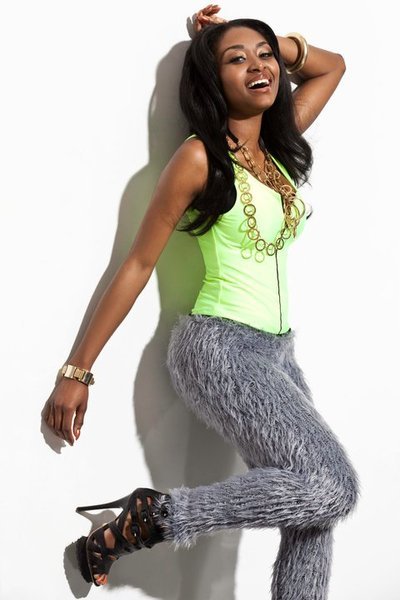 No, this isn’t a cover of the track by Marissa…but does make us wonder who wrote it.

You might be most familiar with Sonyae Elise from the Bravo show Platinum Hit where she walked away the winner after displaying her songwriting prowess over the course of ten weeks.  Still, most people would feel that she faded into obscurity a little after that as she never seems to rematerialize on a project that garnered a lot of attention..until now.

While she has always maintained her singer/songwriter status, this is the first full project that she has put out since the show that feels like it hits all the right notes.  Previous mixtapes in her Lady Rebel series contained some good tracks, but felt inaccessible at times due to production choices and vocal delivery; you don’t get any of that here.  S[he’s] Br[ok]en is a well-crafted, well-executed piece of musical storytelling that feels genuine and personal in its scope but still invites that audience in to enjoy and learn from the experience.

Following the path of a woman as she, first, falls in love with a man and then, later, begins to fall out of love with him due to various reasons, Sonyae’s vocals set theme for each track wonderfully as she adds just the right amount of attitude, strength, and regret to them to make you feel her through the speakers.  The lyrics feel honest, sometimes too honest (Snapped will worry any man who hears his girlfriend blasting it), but never feels like it’s trying to be shocking or fit into an urban box.  The production for every track is strong and cohesive, but varied in a way that makes listening through each song a breeze.