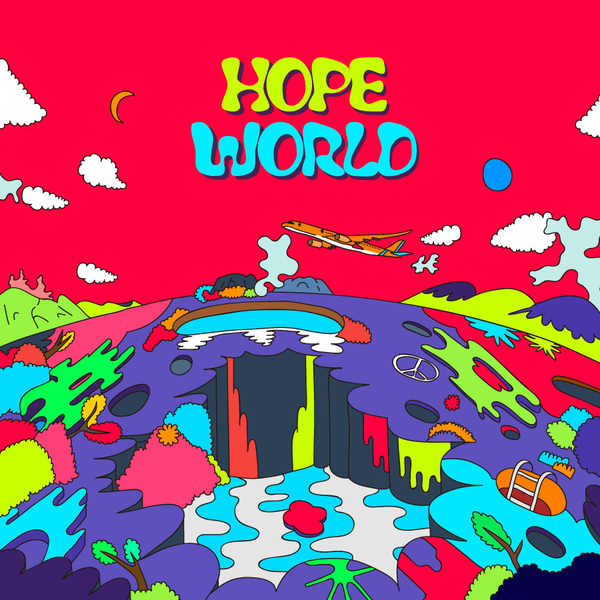 J-Hope has been working on his mixtape for a long time…so much so that it became a running gag amongst the member of BTS everytime they talked about new releases and upcoming plans.

With both RM and Suga both putting out solid releases, the third rapper in the line-up had a lot to live up to.  We had no doubt that it would sound good production-wise, but we did wonder what tone it would take.  He is a comparative newcomer to rapping and his personality is also a lot brighter than his counterparts in the group. We wondered if he would try to go more hardcore, like his version of El Chapo or would he do something more his own speed.

What we got was something a little in between…and it’s not bad.

The mixtape itself is probably best in terms of the production.  The underlying beats and complexity of sound really is well done and they all have that hint of banger in them.  The overall tone of the freelease seems to scream good time (though we have a suspicion that will change once the English lyrics are out) and there is kind of good time mood that hovers over the entire project.  We are very glad that the rapper didn’t decide to copy is group members’ in the direction he would take his sound because, as talented as he is, he could never pull off a Joke or an Agust D.  It gives him something unique to hang his hat on and that mean he stands out from the group in an important respect.

He also shows off some nice adaptability when it comes to his flows and how the songs he does are put together.  There are tracks where he spends more time rapping and then there are a couple where he drops the vocals and it really does sound great.  While you can make the argument that the rapper hasn’t found his own personal style yet (more on that later), his ability to adapt his flow to the track gives him a lot more options in terms of where he wants to go with a project overall and gives him space to grow in ways that are sometimes cut off from more experienced rappers.

The biggest issue for this set comes in terms of cohesion–and how off it is.  While there is a certain level of brightness that follows from track to track production-wise, the constant switching from style to style and lack of similarities from beat to beat makes this feel like a collection of disparate singles more than an album.  This is due to the fact that J-Hope, despite having a good flow on almost every track, does not seem to have a core when it comes to his style of rapping.  You can tell that he is adapting the tones of his favorite rappers more than reaching inside of himself and bringing his own personality to things.  This means that there are moments when some songs feel like they could be done by anybody instead of him owning them outright and results in a bit of musical whiplash when the transitions between tracks occur.  It’s something that listeners can get used to once they know what to expect, but it will throw a lot of people off the first time through.

We still recommend that everyone give this a listen, though.  While it may not be our favorite project out now, it is a pretty good listening experience and you are likely to come away with at least one favorite.

Our favorite tracks are Daydream and Airplane.  The most skippable track is Base Line.