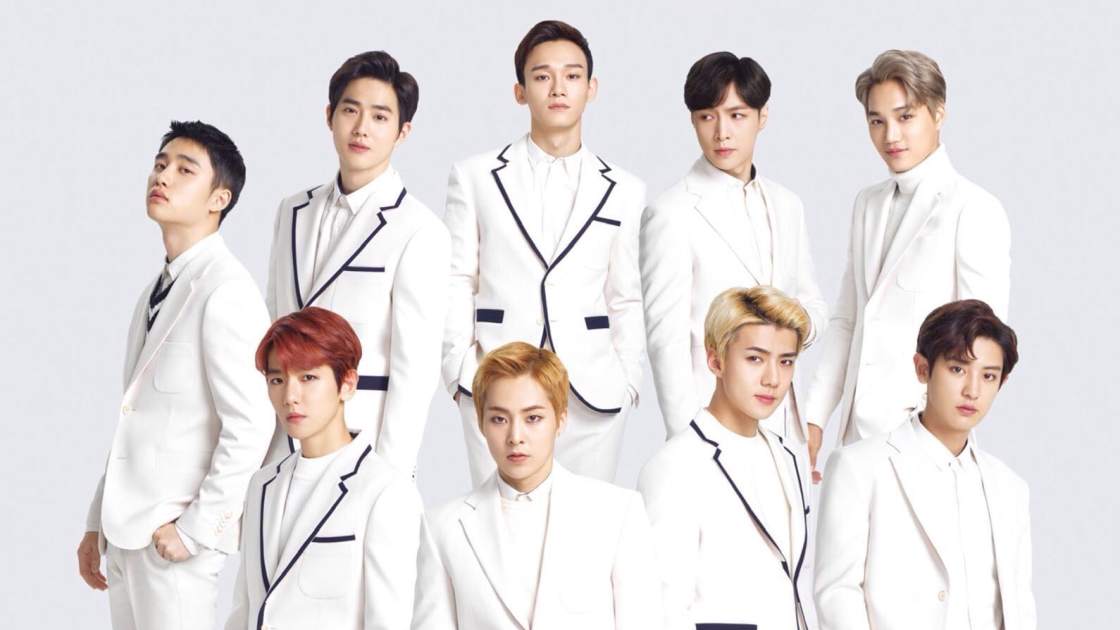 So…we’re just gonna have to wait to hear the whole thing, huh?

EXO is one of those groups that has steadily improved in one shape or form with every release.  Their last album and re-release may not have been an improvement in terms of sequencing or overall project cohesion, but the vocals on the set put most of their previous releases to shame.  So imagine our surprise when, just a few months later, they drop something that has them showing all the vocals talent and could fit in easily with the newer songs from the last set.

Electric Kiss is the kind of song that can take you by surprise with just how powerful it is.  The vocals are not just strong, they are energized.  EXO is another group that tends not to do full group harmonies but you can tell that every member has a piece of the vocal line this time as there are lot of voices combining into some solid simple harmonies and runs.  Our favorite is the multi-harmony layering that happens in multiple sections that shows off just how effortless something like this could be for them if they employed it more often.

The production of the track isn’t necessarily anything special, but it does do a good job of supporting the singers and giving an extra electrified (sorry) bounce to the overall sound.  The highlighted horn stings are a nice touch in the absence of the bass on the bridges and the hand claps really do ramp up the tension for them to release with the chorus.  It’s not something you would want to hear as an instrumental, but it does help make the song.

This track could have easily taken the place of Power on the re-release.  This is a much better showcase for them as a group and the individual power of their voices.

Unfortunately we’re going to have to wait to see what other goodies they have in store for their first Japanese album, Countdown, as the release date is more than a month off (January 24).  We had expect the set probably wouldn’t have a lot of new tracks and just be translated versions of fairly new material, but they could surprise us with an almost entirely new project.  We are excited to see which way they go.

Sidenote: This was shot in the same place as Block B’s Shall We Dance.  Is this in Korea or did they share a shoot site?