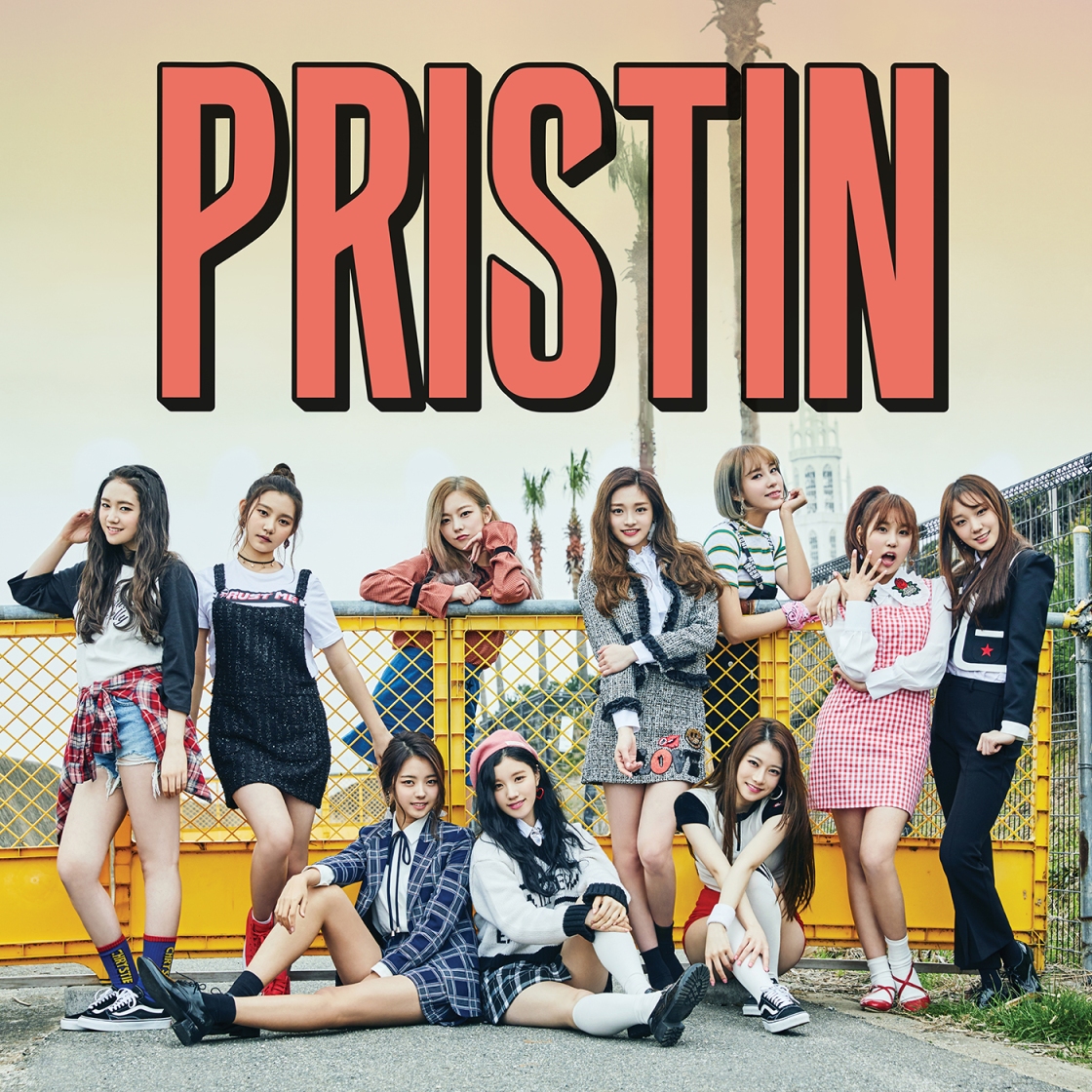 When it comes to new groups, especially female groups in the current environment, you always have to be a little skeptical about what you are going to get.  Girl groups with massive numbers tend to not come in with the strongest vocals (Girls’ Generation being an exception), usually depending on a visual factor to turn listeners into viewers who will let some subpar tracks pass or letting about half the members do all the singing and rapping and the others just dance.  That doesn’t seem to be what we’re getting with Pristin though.

Sure, their sound is still a little shallow for their numbers, but you can put some of that off as there being designated rolls for a few of them (like being specifically rappers) and there being multiple harmony layers in their tracks.  And the harmonies are fairly full in chords with the shallowness coming from the occasional lack of volume (which could be a production choice).  We’re still getting to know their voices, but their is already a distinct sound between many of the leads in this set, making us very interested in seeing them continue to grow.

The production on the set is nicely varied and, thankfully, we do not get a cuteness or sexy overload here.  You get a nice spectrum of emotion for the music and the singers as they take on each song with gusto and the intent of making you listen.  The ladies have an interesting ability to be able to handle a diversity of genres pretty well, which makes this a somewhat busy EP, but the short runtime makes up for the non-cohesion.  You end up enjoying every minute of the listen and wishing there were a few more tracks from them out there for you to enjoy.

Pledis found a winner with this one; let’s hope they promote them as well as they have SEVENTEEN.

Our favorite tracks are Be The Star, Running, and Over N Over.  The most skippable track is We because of how it seems to drag in comparison to the rest of the tracks.

Note: Their name is a portmanteau of “prismatic” and “elastin.”  They produced all the tracks here themselves.