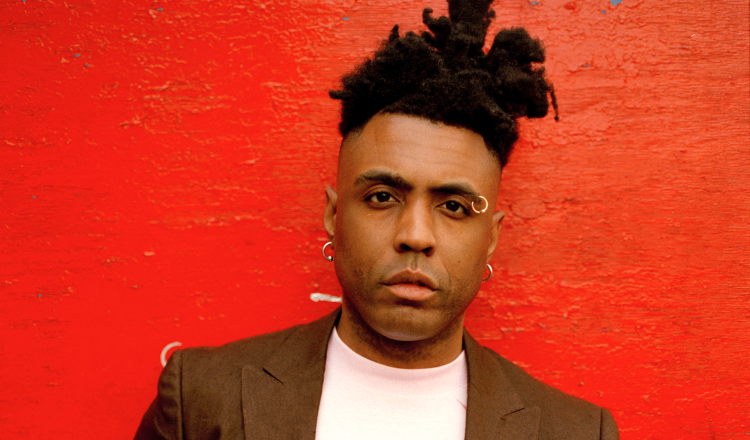 There’s no soul like underground soul, especially from a veteran of the game.

Omar has been doing this for nearly 30 years and, if he’s unhappy with his position in the popular consciousness, you can’t hear it in his music.  There is something so happy about this LP.  It could be that it’s about love, but I think that it has a lot to do with the performer himself and the just the good vibes he brings to each song.  Whether it’s dropping a few bars (that are mood appropriate and, while unexpected, do nothing to alter the vibe), or just singing with the tone experience but still having a youthful exuberance, he conveys the a positive attitude and keeps his energy up to transfer it to the listener.

The production on this set is just all kinds of lovely.  You can hear the confluence of jazz, soul, R&B, and blues meeting to makes some beautifully complicated beats that are surprisingly easy on the ears.  There are undercurrents of electronica (courtesy of his brother, Professor Scratch) as well as Spanish and French-Caribbean compliments run through the project, making for something that sounds a little throwback but not dated and stands out from the pack of trap and hip-hop beats that proliferate so much of what we hear.

The lyrics are nothing out of the ordinary but, at the same time, they aren’t a series of clichés either.  He’s not phrasing his thoughts in particularly new ways, but there is a truthfulness and concreteness that follow every song.  You can easily see yourself singing along and remember lines (which means you’re not tuning out), but you can also see yourself saying similar things to and about the one your love, making it all highly relatable.  That can be a needle to thread for singers, but Omar manages to do it and does it expertly.

You can only hear four tracks in their entirety here so, to get the rest, either head to you nearest, non-SoundCloud steaming service or click the buy link to purchase it and support the artist.