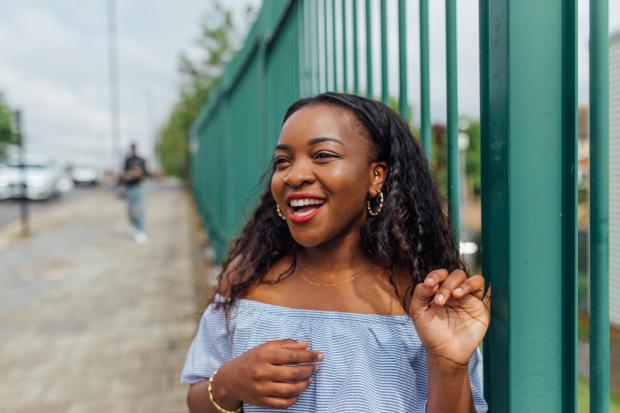 Londoner RAY BLK comes with from truth for the time.

With so many artists out there wanting to focus on the superficial, it’s nice that there are those who want to bring a little soul food to the table.  So many of us watch people in the music industry try to be a lot of everything to everyone and cater to the wildest dimensions, but RAY BLK has no problem letting that craziness pass her by if she can sleep easy at night.

RAY BLK’s voice is not at all what we were expecting when we saw some of her pics and titles of the songs from her last EP, Durt.  Her tone is much smoother than we thought it would be, though she does have those rough notes in just the right places, and she has an air of sweetness that is tempered by realness.  We also expected a little more trap in her sound and were pleased that she has a lot more melody, making things far less one note and easier on the ears.  That also serves to make her stand out from the pack a lot more.

The production, while a little generic in terms of overall impact, serves the song and the vocalist well.  The gentle piano teamed with the somewhat muted high hat lets you know what you are in for right up front, but also softens the blow of what she’s saying so that you can’t really get all up in your feelings about her possible coming for your fave (she’s not, but you know how people can be).

This is a song you can listen to again and again and feel grounded but stronger after you do.  It doesn’t beat you over the head with its message but also not so subtle that you miss the point entirely.  This is a hard balance to strike and RAY BLK has found the sweet spot.