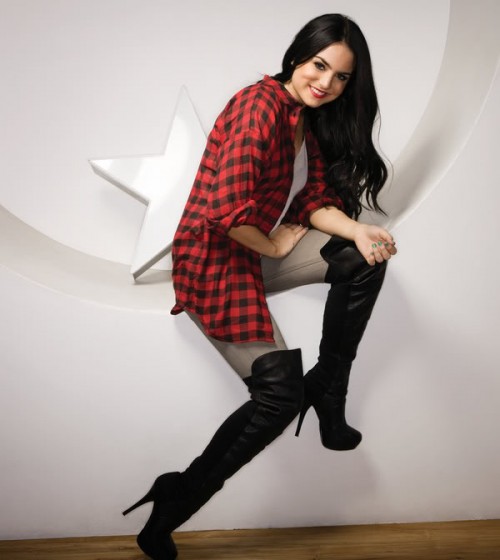 The drop date for her new album is rapidly approaching and singer JoJo is she stepping on pedal in terms of promo.  Just a little over a week after giving us the title track for her new project, she is giving us another track that is meant to help you clear your head and your life of the people who don’t have your best interest at heart.

Dropping lines like they eatin’ all the food off your plate/And they don’t do dishes to describe people who latch onto you for your success and what they can get out of it, FAB. or Fake Ass Bitches is a track that is all about know who to trust and who is along for the good parts of the ride.  JoJo’s vocals are show good balance in tone here as she doesn’t try to blow us away like she did on Mad Love. but doesn’t sound unengaged in what she’s actually saying.  The lyrics are surprising solid (but maybe not considering the artist) for a track that’s a kiss-off to the backstabbers; offering good metaphors and an introspection on why having them around is bad for you.

Remy Ma shine here as well with her feature being on theme as well as offering some insight into some of the thinking that is leading her current resurgence as a force of female emcees.  Her tone is that of someone who has learned from experience where dealing like people like this can get you, but she doesn’t sound salty or angry.  The combination of the two artists comes across as real and teaches a little life lesson while letting jam out.

The one downside of the track is the production.  Although it will eventually grow on you, the initial listen may have you feeling the song is a little generic.  It might have something to do with the beat sounding a little dated, but it doesn’t do the rest of the elements justice.  It’s still a good song though and has just the right balance of aspiration and ego in it to make it appeal to a wide audience.

Sidenote: Team this up with Sevyn Streeter’s B.A.N.S. and you are kissing all the no-goods goodbye. #moodmuse

JoJo’s new album, Mad Love, is now available for pre-order and will be released October 14.