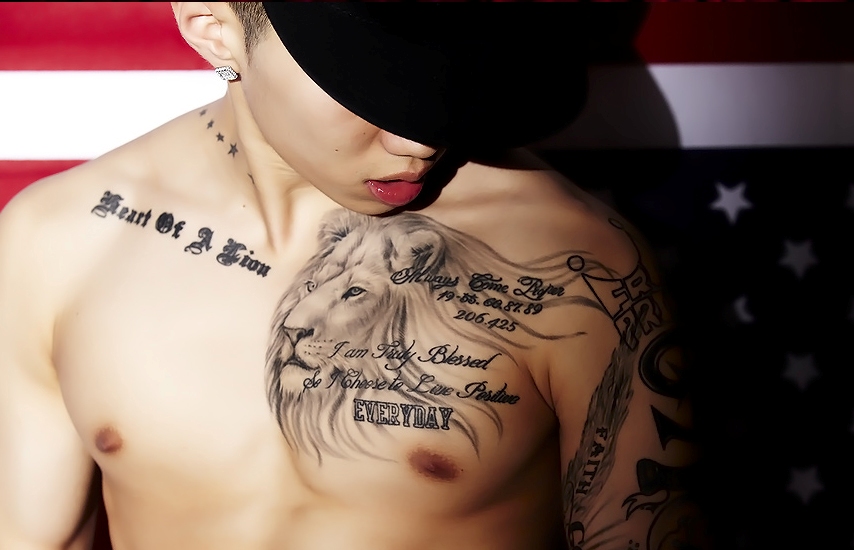 If you’ve seen some of our previous posts that contain segments of shows from Korean television, you might notice something strange in the censoring.  No; not the language bleeps.  It’s the odd blurring of tattoos on the artists.

It doesn’t matter how simple or straightforward the tattoo is, Korean television censors them as harmful to children in the same way we sensor language.  Whether it be Tablo’s happy face, Taeyang’s gothic cross, or the writing down G-Dragon’s arm, all of it is blurred (or covered with makeup whenever possible).

i-D Magazine’s Grace Neutral headed to Korea to talk to different people about what it means culturally to have tattoos.  Besides talking to an admitted gang member who doesn’t feel the need to cover his face while talking about his illegal activities, she also has a brief interview with Jay Park about the attitudes of fans and how tattoos compare to plastic surgery in the eyes of the Korean public.

The videos is mostly in English and the Korean segments have subtitles.  No need for any button clicking.