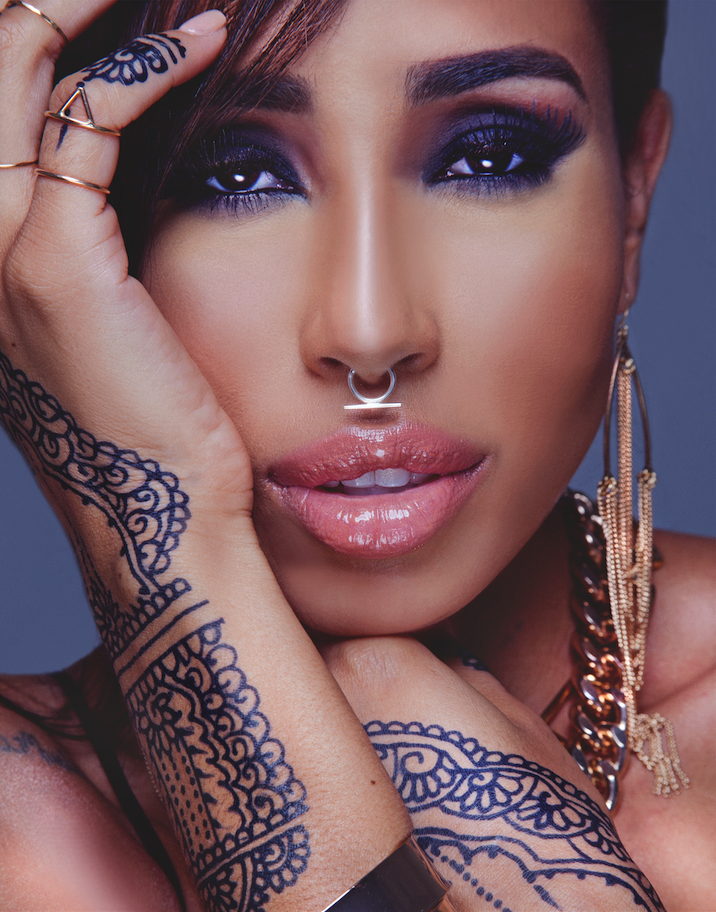 Kay Cola has met someone that she’s really interested in, but she can’t get to know him with all the club noise and distractions going on around them.

Maxed Out is actually a nice mixture of a club track and love song.  The production is upbeat and bouncy, but the lyrics talk about trying to get out of the shallow end of the club dating scene and into a deeper relationship.  The lyrics for this track reflect that sentiment as well.    There’s a lot of urban color to the lyrics, but there are also lines like I can’t really hear you/And I’m trynna feel you/But not in this atmosphere that speak to someone who wants something more.  Cola’s voice is nice, with the perfect blend of trap tones and traditional singing, again reflecting the overall theme of the track.

It’s nice to hear a song that manages to strike the balance of fun sounds and deeper meaning without diminishing either.  Good job, Kay Cola!  We’re awaiting your next project.