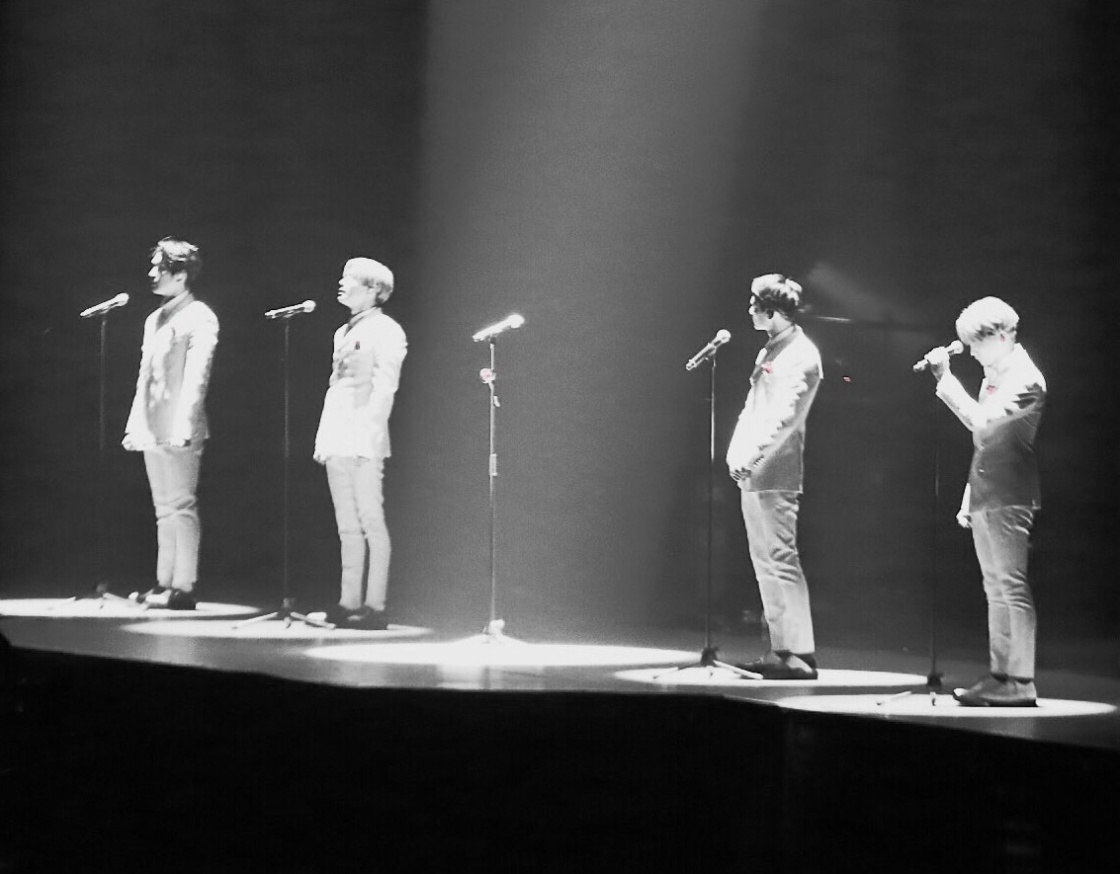 Shawols are rejoicing all over as the 10th anniversary celebration of their favorite group begins.

A lot of us had wondered what SHINee’s opening salvo would be considering they decided to break their 10th anniversary album up into three EPs.  The teasers gave us some hints, but the final product is everything that a still-saddened fanbase needed and everything that makes them who they are in spades.

First, to address the elephant in the room, yes; we hear the Cupid vocal melody being used for the chorus.  For those that are curious, Daron Jones and “Q” Parker of 112 are credited as songwriters in the official liner notes.  We like the use of it over a more upbeat tempo that bares some similarities to the original in terms of harmonies.

The production of this is very bright and a lot more EDM in nature than we were expecting.  This is, in no way, out of the ordinary for SHINee as most of their comeback have been far more a part of the dance/pop range than not, but we thought (based on the first teaser) that there would be more of the nineties-based melodies included.  Honestly, the fusion of the two is very pleasant to the ears and keeps the slightly New Jack aspects of beatwork sounding fresh.  There are interesting transition elements included that are almost imperceptible against the more obvious parts of the melodies and bass, but they add good color and variation to what could have been a very flat production choice.

What always ended up shining (pun intended) with this group is the vocals.  The harmonies are rich, the lead vocalists are distinct, and the vocal layering is just right to bring out the subtleties of the production.  Key especially surprised us with just how strong his voice rang out on those falsetto lines.  This is a group that is strong in their understanding of their own voices as well as those of their groupmates and it makes them able to surprise us with interesting moves in the vocal department because they are willing to take chances with each other and experiment a little.

As for the visual…they look great and we don’t quite understand the concept.  We have the feeling that there may be more tie-in as we get the other two slated singles but, for now, we are little lost on what the transition from the Girl On Top box to the woods is supposed to signify.

Lyrics:
Once again, this comfortable darkness
Lingers on from afar, little by little
As the light of dawn shines between the buildings
I think of you again

I’ll race against this darkness
To come get you
Banking on the hopes that
You might be thinking of me too
I-I-I’ll come running to you
I’ll be missing you
Tonight, tonight, tonight
And I just can’t take it
So I’ll come and get you

I can feel
We’re looking at each other
Though this door
Let’s see…
Your eyes, nose, lips, cheek
It doesn’t matter if you’re somewhere
Higher and farther than the skies
I’ll send my love to the clouds
Hoping the moon will send it above

I’ll race against this darkness
To come get you
Banking on the hopes that
You might be thinking of me too
I-I-I’ll come running to you
I’ll be missing you
Tonight, tonight, tonight
And I just can’t take it
So I’ll come and get you