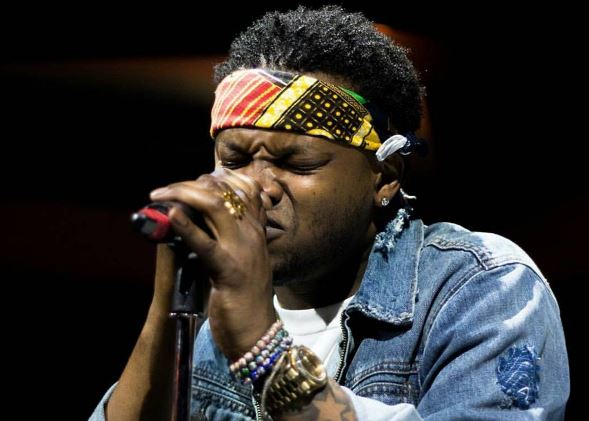 BJ The Chicago Kid is starting off the new year with some apologies for his wrongs from the previous one.  Teaming up with guitarist Lawrence Jones, the singer laments the fact that he not only cheated on his significant other, but there have been unforeseen consequences that have come back to bite both of them.

This is a track that you could argue is more about the vibe it presents than the content, but considering that it runs just a couple of seconds over two minutes, the content is perfect for the amount of time that it has.  What lends to the vibe aspect is that the melancholy electric guitar gets a lot of time to shine and does just as much to set the mood as the vocals do.  There is a thirty second run where there are no vocal accompaniment at all, but you are still filled with emotion from what you’re hearing.

Of course, that doesn’t meant that The Chicago Kid doesn’t give his all in this.  He brings that signature, baritone soul that emotes so much to the table and hits you with it within the first few bars.  He brings an earnestness to the track that makes it work because his apology could easily be taken as insincere if he had gone another direction with it.  The backing harmonies do a lot to fill out the space between the production and the vocals as they give they give the singers tone more weight due to their much higher pitch.

One of the things that you might feel when listening to this track is that it’s incomplete.  Due to the short length, that is to be expected but it is aid by the fact that the last few bars of the song seem like they are trying to lead into something else.  Could this mean that this an intro or interlude to something?  Should we get ourselves ready for the next Chicago Kid project to drop in 2018?  We certainly hope so because we can always do with new music from this man.