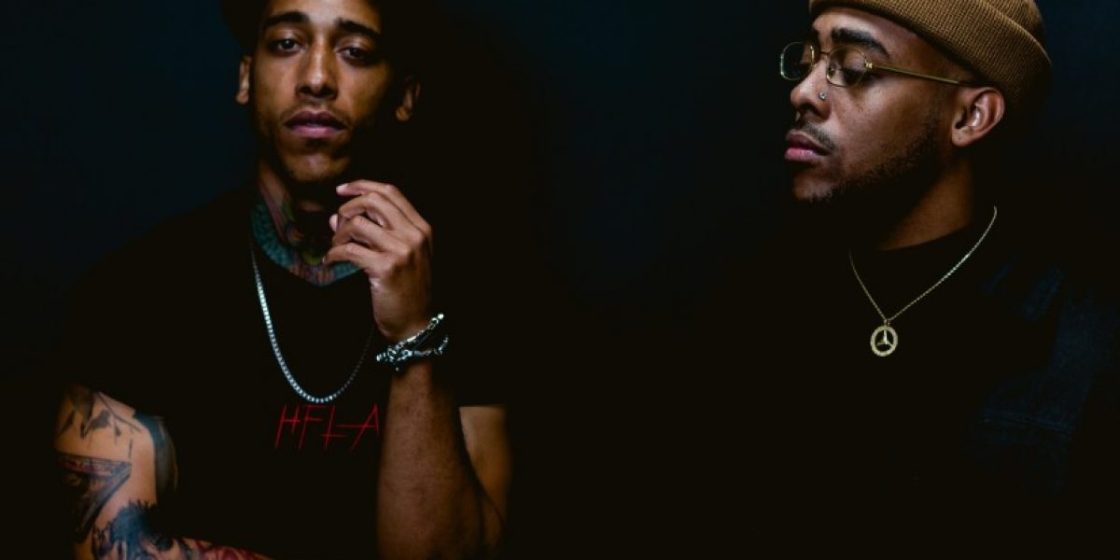 The young brothers of Jake&Papa take us in the exact opposite direction that we expected them to go in with their new EP.

With so many R&B artists trending more and more towards rap to the point that the two genres are becoming almost indistinguishable among a certain age group of artists, it is interesting to hear some of them start to veer in the other direction.  The title Tattoos&Blues is an apt one as you get a more modern songwriting sensibility mixed with a more melodic style of singing.  Not that this a new direction from them; this is very reflective of work they have put out in the past, just with a more mature tone.  We just really expected them to hop on the wave as they are more than capable of doing so and capitalizing of the trend for a buzz single wouldn’t have been out of the question.  The closest to this we get is the single, Phones, and it still fits seamlessly into the rest of the tracks.

Because, we think, they wanted to show off more of their vocals this time around, the tempo of the tracks is decidedly more mid-tempo than some of their previous projects.  While the brothers have never shied away from giving us a good slow jam (Gettin’ It and Black Opium are two of our favorite tracks from them), they tend to balance their sets out with a nice mixture of tempos.  This is decidedly slower paced and the lack of hardcore beats means that they have to provide the energy and gather the listener’s attention.  They do so extremely well and you will find yourself wishing there were a few more tracks here for you enjoy.

The writing here is interesting as well.  Jake&Papa can be pretty blunt about their subject matter at times, but this time they set a more symbolic tone.  Sometimes they get straight to the point, but many of the songs center around metaphors (like Mansions being about building something on a strong foundation of love) and almost all of them seem to be rooted in the idea of a relationship instead of a one-night stand or friends with benefits situation.

We are absolutely in love with River Runs Wild.  The rest of the tracks are good, but that one is a showcase of all the potential the brothers have in terms of vocals, lyrics, and production choices.  A close second to that is Hello&Goodbye which is so different than anything we’ve heard from the duo and yet they pull it off the America-like, acoustic rock sound effortlessly.

You can purchase Tattoos&Blues from your favorite digital outlet now.