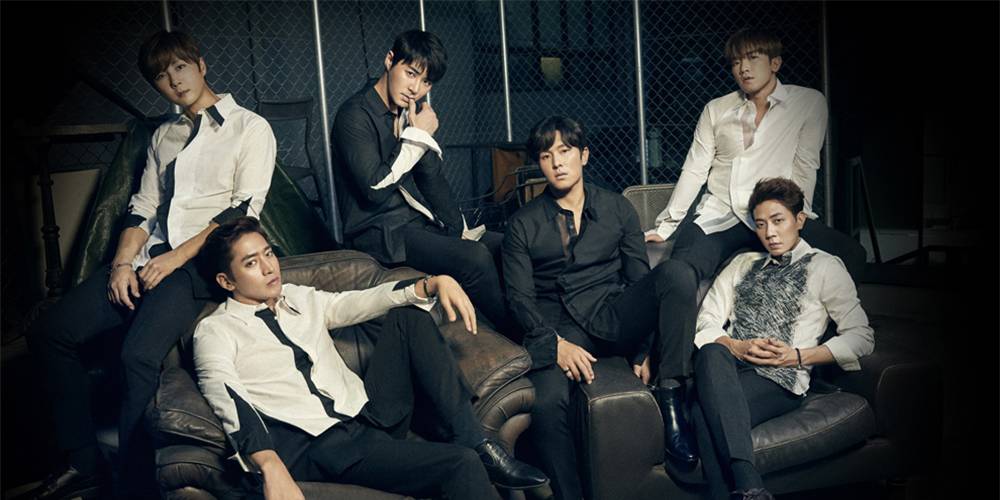 If we had to guess what delayed the release of Shinhwa’s Touch visuals, it was probably editing.  Choreography was already done (they’ve performed on a few shows already) and is largely unchanged from what we can see.  The only thing we can think is that, due to description they give of themselves in the lyrics, that this may have been rated 15 (we can’t imagine 18).  It’s a very artistic video and the imagery used does seem to be leading somewhere that we never get to in this.  Because of that and the fact that they keep cutting away from the dancing, this is largely a beauty shot video.  Still worth it for Changjo, though, if only to fan out over your bias.

To see read what we though of their entire album or stream it so you can judge for yourself, check out our review.

pop!gasa touches us every time they give a translation…

Lyrics:
When you looked at me without a word
When you passed by, touching my arm
When all those moments popped up in my head
When I coldly got angry
When you became a bird that I can’t catch
I knew you would leave me but I couldn’t do anything

There’s no Second Chance
Can’t tie the chains, for real though
This is our misconception
A coin that doesn’t stop, like I’ve seen it somewhere
Like Inception
The fault is mine so it’s alright
Just holla

I’d rather have you act cold
Cold So I Can Leave You
It seems like I can but I can’t
So baby I can’t
I can’t do it, let go of you
There’s so many things I did wrong to you
I Can’t Forgive Myself So Please Forgive Me

I’m a bad guy
I’m evil, I knew you were in pain
Wherever I go
I know I won’t meet a girl like you

I know I’m a fool, I’m pathetic
I know I lack so much
But you believed in me, stayed by my side
I can’t forget you