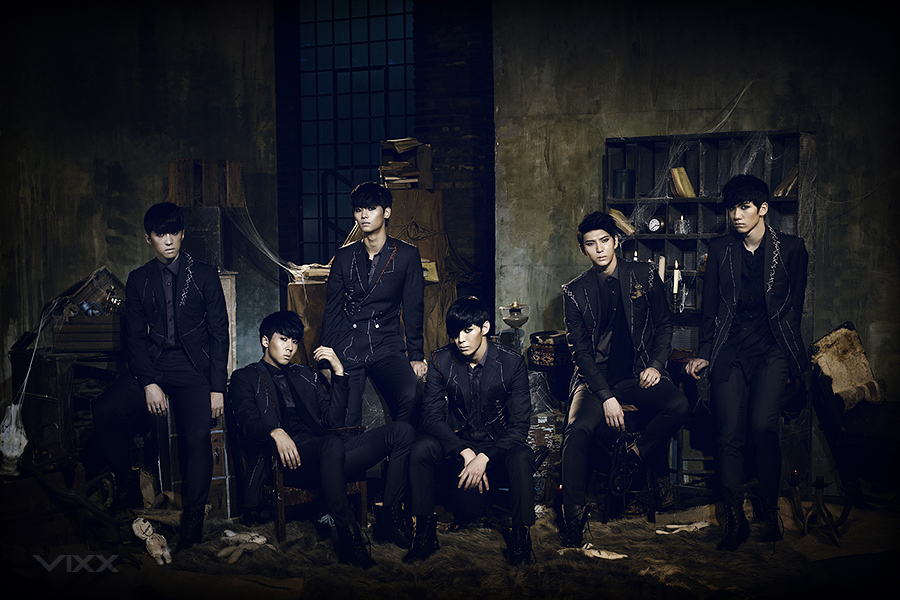 Vixx is probably one of the more underrated Korean groups when it comes to making a bit of an pop&B jam, but now that they have decided to lead the final third of the Conception trilogy with a still somewhat epic but smoother track.

The single really does focus on the vocal abilities of the members.  They get into their adlibs and the lead vocalists give energy and distinction to track.  The background vocals are lush but focused and never overstay the welcome or overwhelm the lead.  And the harmonies on that final bridge…perfection.  The production is distinct but somewhat a bit player in the overall scheme of things, basically only serving to provide a melody and fill out the sound and that’s okay.  It’s just enough to make the song good without drawing too much attention to itself.

Lyrically, we have to say that it’s a little convoluted, but we think that’s because some of the progression is related to the Korean aesthetic of poetic progression and is just a little out of the ordinary for us.  We’re able to pull consistent threads of meaning out of them, they just seems to go off in odd directions after at times when it comes to train of thought.

As for the overall theme itself, it is very Vixx.  Based on how you read the title, the song can mean two very different things.  If you read the title to mean that they want to be closer to this woman, the lyrics read as a man obsessed with being with the one he adores.  If you read the title as someone who is making his final case for why she should be with him, the lyrics read as a someone who explaining the process of the game he kicks and how he gets in her head.  Both work without having to force lines in a particular direction awkwardly and that shows a level of care for writing that few songwriters anywhere exhibit anymore.

Half covered look, remains a charming
over the secret mood
There are only lots of secrets Baby
With drowsy eyes, Say somethin’
I can get your point of course
Only I can

The path to you over the opened lips
The sense catches my eyes fluently, Baby
With listless voice, Say somethin’
It’s something special, in my ear talk low

One, Two, Three and Four
From the breathing getting heavier
The color of our love is getting thicker

Pull, pull you to me
Tie, tie you to me
Hold you tight