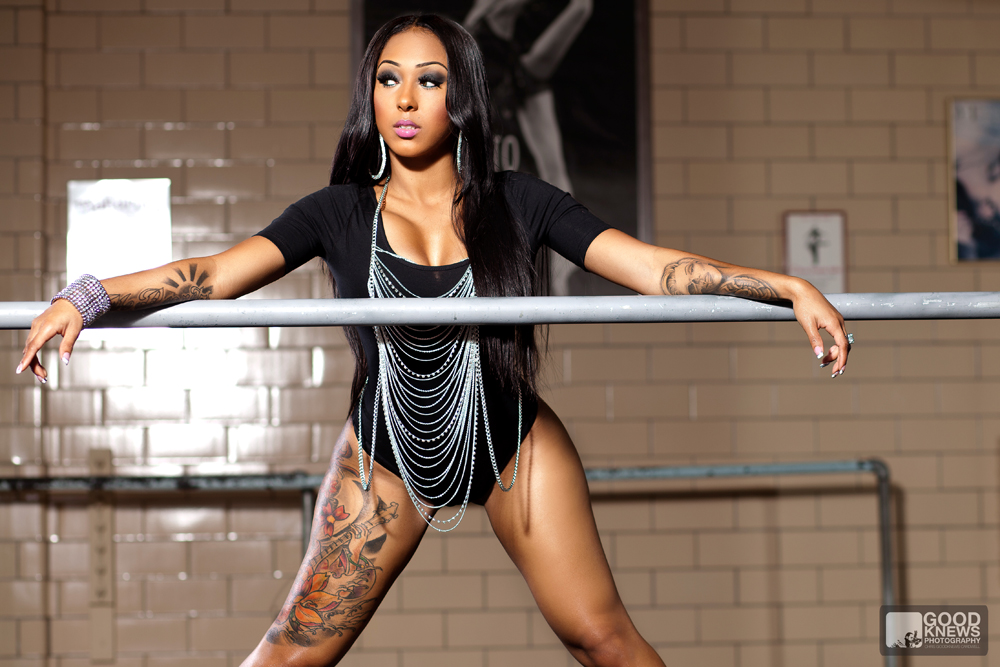 Wankaego was born in Orlando, FL as Theresa Runyon.  She also goes by Kaego and The Queen of Trill.  Her first experience with music was when she was 16 when she started writing music.  She also was a non-serious creative writer, producing works for herself.  Passion, for Wankaego, comes from family; she loves her mother and admires her for being a strong woman.  As a gymnast, Wankaego surprises her fans with flexibility and strength that one would never expect.  Wankaego also has a love for tattoos; she currently has seven.  Her artist works at Heavenly Ink and is named G.

While she is now well-known for being a hip hop artist, Wankaego’s career started with modeling.  Modeling for MAC, she was able to move quite quickly through the modeling world and has appeared in a collection of magazines.  That side of her career focuses on cosmetics modeling.

Surpassing industry expectations, Wankaego has been very successful without signing to a record label.  She has many fans of her modeling career who have come together to support her singing career.  At first, her fans were on the edge about the addition of singing to her repertoire but it didn’t take long for them to warm up to her voice or passion.

Wankaego’s first mixtape was released on the 15th of March 2013 and is titled Sweet 16.  The tape contains sixteen songs and four guest appearances.  Her first single, titled I Know, was released on March 26th 2014.  She has one other mixtape titled The Queen of Trill.  Three other singles are listed on her website as of writing this article.  For freestyle recordings are also listed including: She Twerkin, Yass Bitch, I Won, and Fancy.