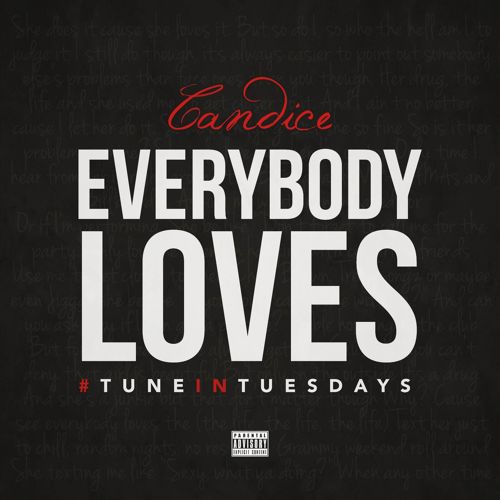 Singer Candice (formerly Candi Kush) has us eagerly awaiting her project, Lesbian, which spawned the single of the same title last year and it seems that it might be happening soon.

Taking a page from the book of some other artists, she has announced her #TuneInTuesdays series to get people ready for things to come.  The first track that we get is a remake of Ne-Yo’s Everbody Loves from his recent Non-Fiction release.  While there is some mild changing of lyrics for the spoken parts (probably to better suit her personality), the content of the song about a person that only wants to be around when they can hobnob with celebrities is the same.  What changes is the way it’s delivered.  Ne-Yo’s smooth vocals and reflective intro make the track sound regretful in his complicity in her choices; Candice’s more aggressive delivery sounds angry about being used for a come-up.  Both versions are good and show how the same material can work differently in new hands.

For comparison, here’s the Ne-Yo original.