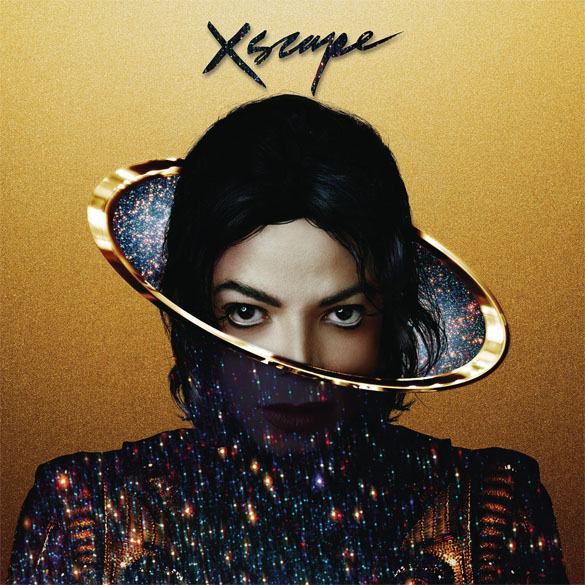 When the world lost Michael Jackson in 2009, the thought of many was that we had been robbed of his unique and inspirational music for all time.  While 2010 gave us the mediocre Michael and 2011 brought the lackluster Immortal, we all knew that we would never again hear an new Michael song of quality again.

However, working in semi-secret for several years, friends and fans of Michael in the music industry teamed together to master and re-master unreleased track from the pop superstar in an effort to pay proper tribute to the late artists.  Featuring production by the likes of Timbaland, Dr. Freeze, and Paul Anka, Jackson’s old demos were repurposed but left primarily intact.  But many feared that there would be too much input from those who wanted to make their names by producing a Michael Jackson track, even posthumously.  Still, others worried that the current generation of listeners wouldn’t be interested in the King of Pop now that so many have repurposed  his style for their own.  Can this album retain the essence that was Michael Jackson without dulling his music for new generation?

1.  Love Never Felt So Good – The intro of this song immediately takes you to a feel good place in your memory because it takes you back the Michael Jackson from Off the Wall.  This makes sense since Timbaland decided to sample the percussion of Working Day and Night from that album and the original track was recorded in 1983.  The concept is straightforward; the world is so perfect because he loves this woman so much.  The most interesting part of the song is Jackson’s vocals.  While the most of the production is new, there is evidence that they did not master the vocals.  This might have been because it’s hard to separate vocals (well) from an already finished track, but it something to hear the rawness of Jackson’s voice.  Listeners are so used to the smoothness and sweetness of his tone, it’s amazing to hear that little bit of gruffness come out every now and again.  A great start to the set!

2.  Chicago – This track features a more modern production…that is to say, a 90’s style production.  There is something very Blood on the Dancefloor about this track, but that’s not a knock.  Where Blood on the Dancefloor didn’t seem to quite fit Jackson’s catalog, this one seems more his style.  About meeting an incredible woman and having her ripped away, this is one of things that Jackson did well; danceable heartbreak songs.  So many producers would have made this song a lot slower and played up the sad angle, but this works a lot better.  Jackson sounds incredible, mixing his signature soft and terse vocals for a delivery that both sounds hurt and angry without coming off as obnoxious.

3.  Loving You – This song is all about Jackson deciding to stay in on a rainy day and focusing on loving his lady.  The lyrics, written entirely by Jackson, feature his style of being accessible without being boring.  Laced with concrete imagery, you can nearly picture the video he would have shot for this in his head.  With thumping bass teamed with a tinkling piano, the odd choice of instrumentation seems to fit the song.  It is most obvious in the chorus when the production smooths out for a mellow feel.  There is no point in commenting on Jackson’s vocals from this point on unless they’re anything less than flawless.  He knew how to most effectively use his range and tone to his advantage.

4.  A Place with No Name – With a pretty obvious sampling of Leave Me Alone frittered with the melody of A Horse with No Name, you hear what is likely a B-side or the precursor to Stranger in Moscow.  The biggest different between the two songs is that this song is has somewhat more upbeat lyrics, but still manages to evoke that same since of loneliness and escape as the HIStory track.  The biggest thing against this track is that it is somewhat overproduced, there feels like there is something that in there that shouldn’t be.  Whether it is the oddly loud strings or the heavy-handed electric guitar, something throws this off.  The track isn’t bad by any means, but it isn’t as strong as it could be.

5.  Slave to the Rhythm – Many of us have heard the…not great…version of this track that features Justin Beiber, but that was axed in favor of this solo version.  All about that a woman that seems to be unable to break free from her hard-knock life, the production and the lyrics don’t quite match up.  The reason for this is obvious after a few listens; this sounds more like a Justin Timberlake track from Futuresex/Lovesounds.  While I compared an earlier track to Blood on the Dancefloor in production style, this one resembles it in tone and lyrical content.  While Jackson was able to perform songs like Man in the Mirror and Dirty Diana with relative ease, there is something about songs like this that make his delivery less than convincing.

6.  Do You Know Where Your Children Are – All about a young girl who feel like she is better off on the streets than at home, these types of songs always work for Jackson.  I think that songs like Slave to the Rhythm are hard for him because he was not a woman and might have been a little hard for him to empathize effectively.  But, from what we know about his childhood, he does understand the plight of abused children.  This song is gut-wrenching, and that’s were the modern production falls down.  A hard-driving synth track, there is little connection between the beatwork and the lyrical content and that is a major failing.  There is just to much going on in the background to truly get the meaning of the song across.  It would be like imposing Earth Song on top of Beauty and the Beat.  If there is a song on this album that you might skip, this would likely be it.

7.  Blue Gangsta – When you listen to the lyrics of this song, you might get the feeling that the came from the Invincible era of songwriting.  There is something about the content that reminds me of You Rock My World.  This is Jackson, after he has been beat down by his trouble in the real world, trying to sound tough but still managing to sound vulnerable.  Telling the woman that has wronged him that he will never love again because of her, the song’s title isn’t as silly as first think.  The initial Godfather-esque production seems like it’s a good fit for the theme, but by the time the second chorus comes in, the subtlety of the track goes out the window.  Stuttering snare teamed with quietly blaring alarms and cycling synth take over and just wreck the mood.  At this point, if feels like the producers have given up making modern Jackson-eque music and have settled for making remixes.

8.  Xscape – The title track and final track of the standard edition, we are-gratefully-back to making songs that sound like the artist had some input on the production.  This is because Rodney “Darkchild” Jerkins actually produced this in conjunction with Jackson during the time he was working with the singer for some of his final albums.  This is one of the few songs that chooses to enhance the original production instead of completely cover it.  The concept is all about escape; Jackson wants to get away from the toxic relationship that seems to be taking over his life.  Again, Jackson’s vocals are the attention getter.  He gives a rare tenor performance that will actually make you think someone else was added to the track.  You will wish had perfected that tone because it is something to hear.  There is something a little lackluster about this one and you can see why Jackson may have dropped it from a project, but it is still a solid track.

9.  Love Never Felt So Good (Original Version) – The first bonus track of the deluxe edition, this a treat.  The simple piano of this one teamed with the sweet rawness of Jackson’s vocals are perfection.

10.  Chicago (Original Version) – There is something about the original production that reminds me of the Come and Talk to Me (Remix).  The softness of this is comparison to the new version gives the track a totally different feel.  It is that slower version that I imagined when I first heard it and it is really good.

11. Loving You (Original Version) – The intro to this original sound like a Maxell that has gotten twisted in a tapedeck, but the rest of the song is pure The Girl is Mine goodness.  You can feel the transition from 70’s to 80’s in the slight tweaks to the track that take it out of the disco era.

12.  A Place with no Name (Original Version) – This adds a few layers of production of to A Horse with no Name and it is good.  You understand why the new song sounded overproduced when you hear this.  There was really nothing to be added to this version to make it better.

13.  Slave to the Rhythm (Original Version) – The production for this one sounds like it escaped from Janet Jackson’s Rhythm Nation album and married a bootleg of Somebody’s Watching Me.  While it is better than the new version, mostly because Jackson’s vocals aren’t drowned out, it still doesn’t seem to be a cohesive idea.

14.  Do You Know Where Your Children Are (Original Version) – The production is a little ethereal, but you get the feeling that the song that came after it was Say You’ll Be There.  This is very Dangerous era song but, again, the music and the concept don’t marry well.

15.  Blue Gangsta (Original Version) – When you hear this, you can imagine Jackson tangoing away in the music video.  While the new version offered stuttering snare, the original gives you stuttering horns and it works much better with the Godfather tone that Jackson is trying to set.

16.  Xscape (Original Version) – Definitely from the Invincible era, there lackluster quality of the new version seems to be gone in this one as the production better fills in the holes that seem to be present.

17.  Love Never Felt So Good (feat. Justin Timberlake) – This was obviously included to give Timberlake the Michael Jackson duet that many people feel he would have gotten had he still been alive.  While many people see Timberlake as the person most likely to receive the mantel of “The New Michael Jackson”, this version is wholly unnecessary and the addition of the singer actually takes something away from the song.  This is likely because of the changes that had to be made to the song so that Timberlake would sound good, but it makes parts of the songs sound off-key instead.

Had I only been reviewing the standard edition, my recommendation would have been to listen and pick out the few tracks that struck your ear.  The deluxe edition, however, is completely worth the money.  Beside making the album longer, it gives you a feel for the artistry of Jackson because, with a little tweaking, most of these songs could have been hits.  There is also a 30-minute documentary about the making of this album that is worth a watch as well as reflections on the singer by the producers.  Despite some of the downfalls, this is more than enough to satisfy older Jackson fans as well as bring in some new ones.