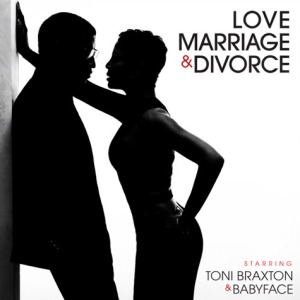 If you take a trip back to the 90’s, there were no to greater musical forces in R&B than that of Toni Braxton and Babyface.  With Janet and Michael dominating the pop charts, these two seemed like a match made in heaven for what was becoming the golden age of R&B and black artists.  Babyface, while having been in the business since the early 80’s, was starting to come into his own as a singer/songwriter/producer.  When his record label signed a young artist named Toni Braxton (along with her sisters), it was clear that she had the kind of sultry voice that would allow her to sing just about anything.  It made sense that Braxton’s first single was a duet between the two that was featured on the Boomerang soundtrack.  They had an excellent collaborative style throughout Braxton’s first two albums and have maintained a friendship even as out of each other’s immediate influence over the years.

Fast forward to 2014 and the music world is a very different place.  R&B music, which had seen a significant decline in listenership through the 2000’s is beginning to make a resurgence and it seemed like it was the perfect time for the now veteran artists to make a reappearance with an album of duets all centered around relationships.  Can it live up to the legacy the two had set earlier in their careers with other collaborations?

1.  Roller Coaster – A song that is supposed to be about the ups and downs of love, but there is a major title/content conflict here.  Most of the song seems to focus on the fact that Braxton and Babyface seem to have a dysfunctional relationship.  Both of Babyface’s verses focus on the fact that he is angry at Braxton (for a slight real or imagined) and her bridges focus on the fact that she loves him one minute and hates him the next.  The rollercoaster aspect doesn’t really come through.  Still, since we know from the album title that this relationship is going to end in divorce, perhaps this is the best way to go.  The production has that signature Babyface sound that is ubiquitous to much of his music and the team’s vocals are lush without going overboard, playing well off each other.

2.  Sweat – With an intro that would immediately make older music lovers think of Maze, this is a sultry production that serves to highlight Braxton’s voice a little more than it does Babyface’s.  While he doesn’t sound bad, when Braxton picks up the bridges and the heavy load in the chorus, you start wishing that she was soloing on this one.  This song seems to continue the story from the first song.  The two are in a relationship that is full of fighting, but they decided that the best way to reconcile their differences is between the sheets: So if you really wanna fight/We can take it the bed tonight/And if you really wanna scream/I can make you scream tonight.  There seems to be a story developing that you can tell is not going to end well.

3.  Hurt You – Yes, this relationship is definitely dysfunctional.  A song about how the two have cheated on each other in a tit-for-tat situation, there is something really good about this one.  The production is great; balancing a slower, somber sound on the verses and bridges articulating guilt with a more upbeat chorus about realizing the damage they have caused one another.  The vocals here are nice but there seems to be a pattern developing.  Babyface has taken the lead on all the verse-work for the songs with Braxton pulling the repeated bridges and choruses.  You start to hope there is variation on the next song.

4.  Where Did We Go Wrong? – With Babyface giving some of his signature guitar and falsetto, this song is a winner.  While it does not break the pattern of vocals that have been establish with the first three songs, Braxton’s parts are different in both sections and the choruses showcase beautiful, anguished harmonies.  The lyrics here are excellent as well, with a simple chorus that really puts the song into focus: Where did we go wrong/Is it all my fault.  This song also continues the story in a believable manner as it is about both people in the relationship are starting to come to terms with all the things they both did that lead to the cheating.

5.  I Hope That You’re Okay – A solo track by Babyface that focuses on his side of the relationship, realizing that he does not believe their love is worth fighting and hoping she doesn’t feel bad about it.  The production is brilliant, playing on the loving side of ending the relationship as opposed to the animosity.  Babyface’s vocals are his standard good but a little emotionally flat.  You get the feeling he would sound the same singing about ending a relationship as he would singing about getting the mail.  This takes the song down a little, but the innovative concept will leave you hanging in.

6.  I Wish – Braxton’s first solo track and it could not have come soon enough.  With production that sounds like it will be a heartfelt eulogy of the times that they have spent in the relationship, she turns it on its head and sings about how she hopes he will hurt as much as in his new relationship as she does now so that he will come back to her.  While the lyrics are similar to Marsha Ambrosius’ I Hope She Cheats On You (With A Basketball Player), the delivery is something that only Braxton can give.  There is also a lyrical honesty here that you would not hear in many songs: I pray your new baby is a boy/Please don’t have a girl/Cause you’ll give that woman the world. The biggest issue that some might have is that most of the lines don’t rhyme.  While something like rhyme scheme can be a problem for a less substantive track, it works here because it sounds like something a person might say to themselves.  A standout track.

7.  Take It Back – Returning to the duet format, we finally see a variation on the format that has held to this point.  Braxton sings the first verse and chorus, Babyface takes the second section, and the two combine for the final chorus.  The production here is not anything great; a generic backbeat that neither helps or hinders the track.  The vocals are a little lackluster here as well, making this feel like a filler track.  It does continue the story, however, as it seems Braxton has gotten (at least part) of her wish and the two are thinking about reconciliation.

8.  Reunited – Returning to the original duet structure, this song is about how the two have decided that they are better off together because they don’t do well apart and they miss one another.  There is something about this song that makes it really sound better than it actually is.  Perhaps it’s the fact that the album is following a storyline and the track fits so well here.  Perhaps it’s the triumphant production with just a hint of rose-colored glasses in the background.  Perhaps it’s that, with Braxton taking the entirety of the second half of the song, there is some serious emotion here.  Again, this is a song that you wish she had soloed on because she seems to be carrying Babyface throughout most of it.  His lackluster vocals drag the song down and the mediocre lyrics do not save it.  Still, you will want to hear it, if only to get an earful of what could have been.

9.  I’d Rather Be Broke – The second Braxton solo track, this seems to break the continuity of the story a little.  While it could be said that Braxton is having second thoughts about the reconciliation, it doesn’t seem to fit here.  This song is good, though, without the benefit of the storyline.  The concept is that she has come to realize that nothing, not even her lover’s money, is worth being in an uneven relationship.  Braxton is excellent here, with her throaty growls emphasizing the point she is trying to make.  Parts of the verses sound like BLACKstreet’s Before I Let Go in tonal quality and it helps the somewhat mediocre production which is overtaken by Braxton’s delivery.

10.  Heart Attack – The first uptempo track, the production here is a little dated.  Sounding like some of the dance tracks that came out during the 90’s, the production is not the best.  The vocal effect on Babyface’s voice makes it sound like he’s falling down a well.  Braxton only takes the choruses here, but there is a feeling that she might have done more with the song.  About Babyface seeing her with another man in the club, this song is filler.  While it seems to continue the storyline from the last song, it is also mostly chorus.  It feels like it was shoved in to break pace with the ballads that fill the album.

11.  The D Word – This track does fit into the story scheme that dominated the album, but just not here.  This is about two people still being in love even as the divorce papers have arrived.  Featuring the Babyface signature sound, the production is good, even if it sounds a little like one of the songs featured on Babyface’s Cool In You album.  The duet is lopsided; Braxton barely puts in more than a single verse and background vocals on the chorus.  Without her powerhouse vocals, there is something lacking here, and Babyface just can’t seem to add it.  Not a bad song, but not particularly a memorable one either.

It’s hard to sum this one up easily.  At times this sounds like an unfinished Babyface album, with him dominating top position on most of the tracks as well as doing the bulk of the writing, Braxton sometimes feels like an afterthought in the recording process.  There is the added benefit whenever Braxton shows up, she shines.  That can have the downside of blowing Babyface’s often sleepy vocals out of the water with her most minimal effort.  The cohesion of the album is better than most, but the production can leave a lot to be desired.  I would say try to listen to it in it’s entirety before purchasing (our SoundCloud compilation can be found here, along with two bonus tracks that were ultimately not included on the album).  While some might think of it as a winner, others will think of it as decidedly meh.