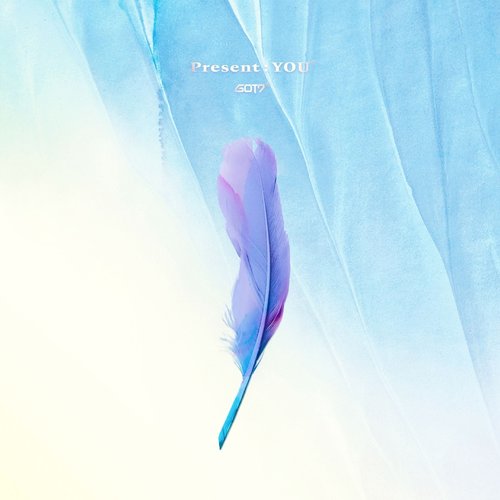 GOT7 is one of those groups that we admit we has had to grow on us some.  While we recognize the artistry and effort they have put into every project, we also know that many of them did not age as well as they could either because of production choices or the incongruity of their lyrics.  But their last few releases have shown a maturity that we have come to love as well as a cohesion that is essential for a group like this to work.

So, for this project, they decided to show us their individual voices so we can see how it all fits together.

Of the 12 original tracks in this set, only five have the group member singing together.  What makes us happy about these tracks is that, if they had released them as a separate EP, we still would have liked them and they could have easily stood on their own.  Every track has a lot of energy and and would make for great performance while still being just a good listen without the visual aspect to drive the feelings.  The harmonies are richer, the leads are strong and distinct, and the style of each track is different enough to interesting without being so wildly different that they don’t mesh.  The could have easily left us with these and we would have satisfied.

But then they had to give us the solos, which show off each member’s preferred style and…they could have easily have been solo singles for all of them.  Even our least favorite would easily get play with a certain audience and could have launched the solo careers of the members that are not as out front as Jackson or JB.  Yet they still flow together well in a way that songs from a single artist sometimes don’t thanks to the arrangement and interplay of the styles used.

The song that absolutely astounded us (and really shouldn’t have) was Sunrise. JB has taken his Def Soul style and brought it to an official album like he was kicking in a door.  The vocals are thoroughly engaging and the bass-filled production fills some of the spaces in the higher-toned, close harmony making for something fuller in terms of overall sound.  The track is sexy without being overwhelming and out place in the set and it just has us that much more excited for the next volume of 1/?.

Not that the other solos weren’t illuminating in terms of understanding this sound that they have cultivated over the years.  Jackson coming with a Hard Carry-style hip-pop track was expected and, for the most part, was enjoyable.  Jinyoung’s solo with its mild alternative pop style surprised us, but showed a side of his vocals that we’ve never really gotten a full sample of on an album before.  Mark’s track was nice and kind of had us nodding our head.  BamBam came with an odd mixture of a club track that was interesting overall…but we doubt we’ll revisit it often.  Yugyeon came with the vibey R&B that serves as a nice closer for the album (in terms of new tracks as everything that follows is just Lullaby in a different language).

But it was Youngjae that really made us drop our jaws.  The power of his vocals juxtaposed against the traditional nature of the track was absolutely beautiful and brought tears to eyes.  He has so much power in his tone and so much confidence, and yet there is a vulnerability there that just seeps out and makes a song like this work.  It can be hard to make us fall in love with a traditional Korean ballad, but Youngjae might be able to make us do it should he decide to put out a project full of them.

If there is one thing we can say about this album its that we are loving the direction this group is going in.  Every album along their journey has shown marked improvement and an understanding of who they are as individuals…and now we understand it more, too.  While this really isn’t a GOT7 album per say, this is the strongest collection of tracks they have released to date.  The sky is the limit for them from here.

Our favorite tracks are Enough, Save You, Sunrise, and Nobody Knows.  The most skippable track is Party.