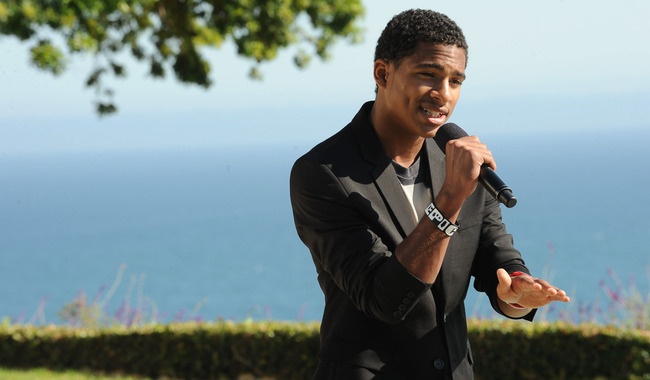 Building on his success from placing in the top ten of the second season of the US version of X-Factor, singer turned writer/singer Arin Ray brings a project that shows the progression of a love life from a single person’s perspective as he moves from one relationship to another.

This set has it’s base in altl. R&B with its combination of moody elements and focus on a more beat/vocal melding style of singing, but you will find that there are just as many upbeat moments in this, which keeps the tracks from sounding alike.  Ray’s vocals are a little on the monotone side, likely due to the lack of autotune that usually accompanies the singing of men who come at this style from the trap end of things, but it doesn’t kill the vibe of the tracks.  The production truly acts like support for the tracks as they add enough energy to keep things flowing but don’t overshadow the singer as he delivers his performance.

What really stands out, though, are the lyrics.  The progression of the tracks seem to be telling the story of a man who leaves a woman with a broken heart only to wind up in a relationship that leaves him the same way.  The fact that he manages to get this across in only six songs is impressive and show what can be accomplished if you come at an EP with more than randomness in mind.

While really short in its runtime, Ray’s EP is a good listen.  It might not be as good a fit for summer as some of the other releases that we’ve gotten in the last couple of months, but the lyrical content and solid production make it something that you can come back to again and again once the year has moved on.

Click the shopping cart in the player to purchase this EP.